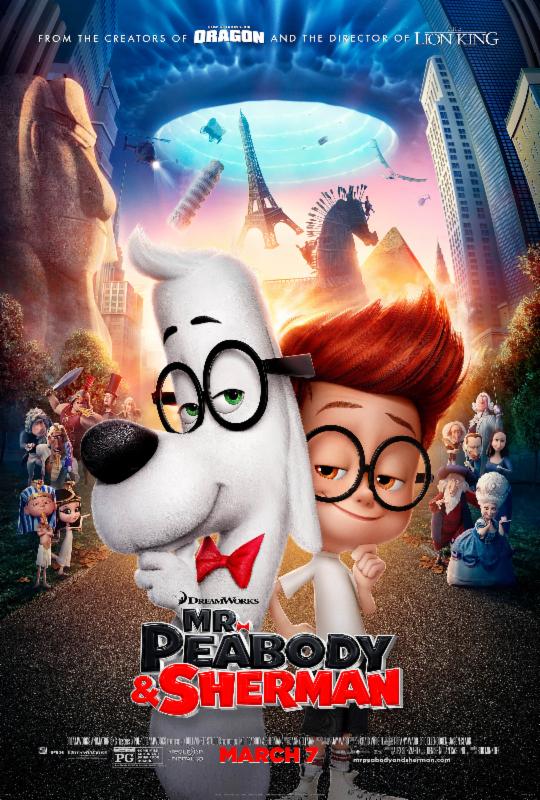 In the spirit of the film, many of Mr Peabody’s four-legged friends walked the red carpet.

Mr. Peabody, the most accomplished dog in the world, and his mischievous boy Sherman, use their time machine – the WABAC – to go on the most outrageous adventures known to man or dog. But when Sherman takes the WABAC out for a joyride to impress his friend Penny, they accidentally rip a hole in the universe, wreaking havoc on the most important events in world history.  Before they forever alter the past, present and future, Mr. Peabody must come to their rescue, ultimately facing the most daunting challenge of any era:  figuring out how to be a parent. Together, the time traveling trio will make their mark on history. The film stars Ty Burrell, Max Charles, Ariel Winter, Allison Janney, Stephen Colbert, Stephen Tobolowsky, Mel Brooks, Leslie Mann, Stanley Tucci, Patrick Warburton, Lake Bell, Zach Callison and Dennis Haysbert.