Be the first to see the new trailer for GIMME SHELTER

Based on true events, see Vanessa Hudgens’ and an all-star cast deliver an inspiring and courageous story of a
teenage girl’s journey for a better life. 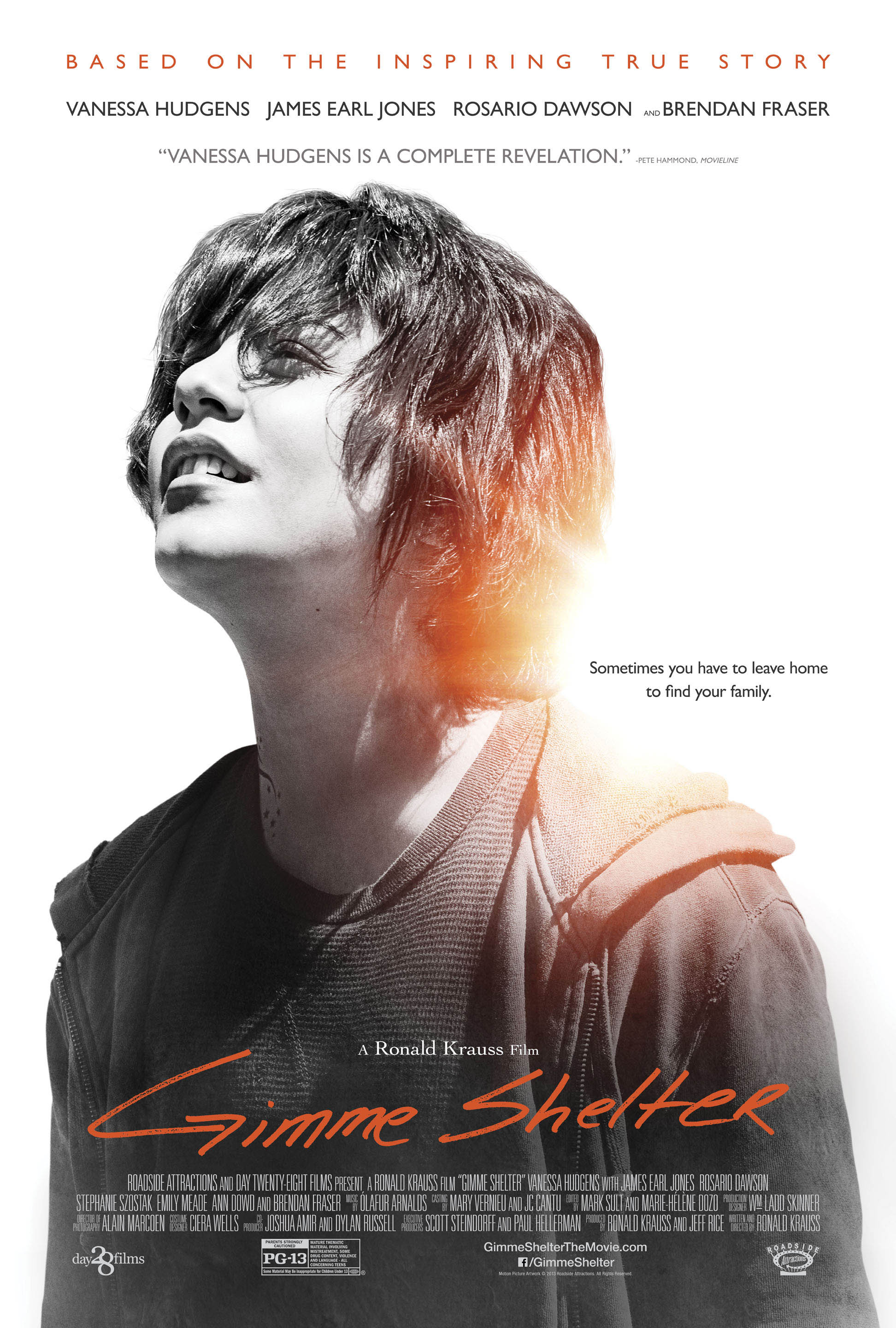 Check out the NEW trailer for the upcoming film release, GIMME SHELTER.

Based on the inspiring true events, GIMME SHELTER centers on the courageous story of Agnes “Apple” Bailey (Vanessa Hudgens) and her incredible path to motherhood as a pregnant, homeless teenager.  Forced to flee her abusive mother (Rosario Dawson), and turned away by her Wall Street father (Brendan Fraser), Apple finds herself on a desperate and isolated journey of survival.  In the depths of despair, she meets a compassionate stranger (James Earl Jones), who ultimately leads her to salvation and unprecedented support in a suburban shelter for homeless teenagers.   With gained confidence, and the warmth of her new home, Apple breaks from her inhibiting past, embracing the future with clarity and hope.

Vanessa Hudgens (High School Musical franchise) leads an all-star cast including James Earl Jones, Rosario Dawson, Ann Dowd and Brendan Fraser.  Hudgens’ immersed herself in the character and delivers a transformative and stunning performance.  To prepare, she lived for weeks in pregnancy shelters, interacting with the young, homeless mothers who also appear in the film, completely altering her appearance unrecognizable.

Written and directed by Ronald Krauss, GIMME SHELTER opens in theatres across the country on January 24, 2014.