THE AWARD-WINNING ADVENTURE CONTINUES THIS SUMMER

Comic-Con attendees first to own the DVD and more! 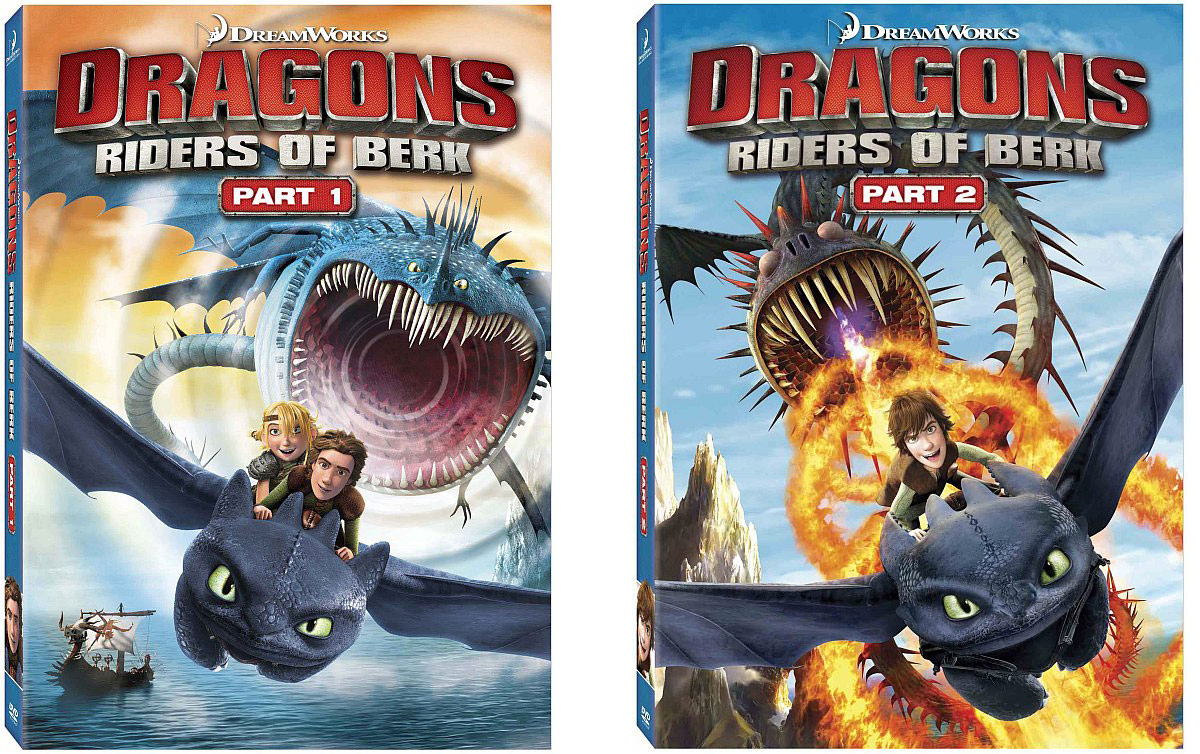 Fans that purchase the DVD will be able to unlock exclusive content in DreamWorks’ School of Dragons, the all-new game from JumpStart based on DreamWorks Animation’s How to Train Your Dragon franchise. The game will be available online July 17, and the mobile version will follow shortly thereafter. In addition, Comic-Con 2013 attendees will get early access to the DVD and more fun at the Fox booth (#4229). When it comes to action and excitement, the sky’s the limit in this high-flying animated TV series.

The two-part DVD set is jam-packed with special features that dive deeper into the world of Dragons. As a bonus, each DVD comes with a code to unlock an ultimate battle pack – and in select DVDs an exclusive Whispering Death or Thunderdrum dragon – for the DreamWorks’ School of Dragons game. School of Dragons lets players enter the world of Berk, where Hiccup, Toothless and other friends help players become the finest dragon trainers around. With cinema-like graphics and an immersive 3D world, it takes more than courage to train a dragon, but brains as well. For more information, visit http:www.schoolofdragons.com.

To kick-off the release of the game and DVDs, Twentieth Century Fox Home Entertainment and JumpStart have big plans for Comic-Con in San Diego. The DVDs will be available for purchase at the Fox booth before they hit retailers as well as exclusive Toothless Night Fury figurines from Spin Master. For even more fun, dragon lovers can take DreamWorks School of Dragons for a test flight at the Fox and JumpStart booths while fans outside the convention center may spot the Deadly Nadder from the Live Spectacular show.

The new second season of DreamWorks’ Dragons Defenders of Berk returns this Fall on Cartoon Network.

Since 1991, JumpStart has been dedicated to enhancing children’s lives through engaging educational games. Today, JumpStart designs games under its two flagship brands JumpStart® and Math Blaster®. These games immerse children in magical 3D worlds filled with adventure, exploration, and most importantly, learning. JumpStart’s products are available online and through various platforms such as Nintendo Wii™, iOS® and Android™. JumpStart has become a prominent force in children’s educational gaming and is trusted and tested by teachers and parents alike, helping millions of children learn. A subsidiary of Knowledge Holdings, Inc., the company is privately held and based in Torrance, California. For more information, go to www.jumpstart.com.