with Special Appearances from Select Filmmakers and Stars

D23 Expo attendees will be among the first to see Disney’s Planes on its opening day. An action-packed 3D animated comedy adventure from Disneytoon Studios, Disney’s Planes will take flight in theaters nationwide August 9, but D23 Expo guests will see this special 3D presentation featuring an introduction by some very special guests. Dusty Crophopper dreams of competing as a high-flying racer, but he’s not exactly built for racing—and he happens to be afraid of heights. So he turns to a seasoned naval aviator who helps him train to take on the defending champ of the race circuit. Dusty’s courage is put to the test as he aims to reach heights he never dreamed possible, giving a spellbound world the inspiration to soar.

The screening is slated for Friday, August 9, 2013, at 3 p.m. at the Arena inside the Anaheim Convention Center. For more information about the movie, check out Disney.com/Planes, like us on Facebook: facebook.com/DisneyPlanes and follow us on Twitter: twitter.com/DisneyPictures. 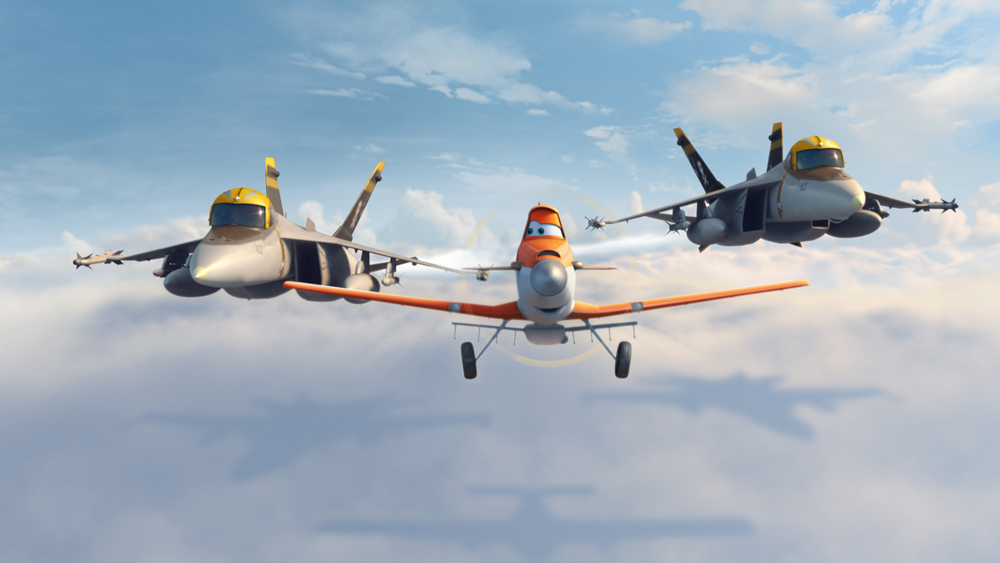 DISNEYTOON STUDIOS, a division of The Walt Disney Studios, is home to a vibrant group of filmmakers, artists, and production teams who produce original high-quality series-based stories for in-home and theatrical audiences, including Disney’s Planes, which hits the big screen Aug. 9, and the popular Disney’s Fairies franchise, starring Tinker Bell and her Pixie Hollow friends.

The D23 Expo—The Ultimate Disney Fan Event—brings the entire world of Disney under one roof, providing attendees with unprecedented access to Disney films, television, and theme parks. For the latest D23 Expo 2013 news, visit www.D23Expo.com. To be part of the D23 Expo conversation, make sure to follow @DisneyD23 and tag your tweets with #D23Expo.

The name “D23” pays homage to the exciting journey that began in 1923 when Walt Disney opened his fledgling studio in Hollywood. D23 is the first official club for fans in Disney’s nearly 90-year history. D23 gives its members a greater connection to the entire world of Disney by placing them in the middle of the magic through its quarterly publication Disney twenty-three; a rich website at D23.com; and member-exclusive discounts and special events for D23 Members throughout the year, highlighted by the D23 Expo in Anaheim, California, August 9–11, 2013.