CELEBRATE THE 50th ANNIVERSARY OF
THE GREAT ESCAPE

Film Will Be Honored Throughout the Year Including a

Special Engagement at the TCM Classic Film Festival in April 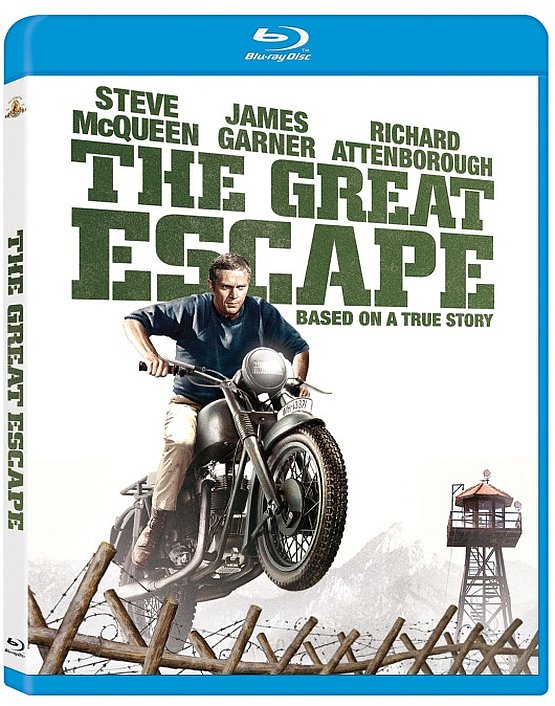 LOS ANGELES, CA (March 25, 2013) – In celebration of the birthday of iconic Hollywood legend Steve McQueen who would have turned 83-years-old yesterday, Metro-Goldwyn-Mayer Studios and Twentieth Century Fox Home Entertainment are proud to announce that THE GREAT ESCAPE will arrive on Blu-ray for the first time on May 7, 2013. Directed by Academy Award® nominee John Sturges,* catch one of AFI’s “100 Most Thrilling American Films” in an all-new masterful 4K transfer.

In honor of its 50th anniversary, Metro-Goldwyn-Mayer Studios and Twentieth Century Fox Home Entertainment will host events around the world to showcase the remastered Blu-ray. THE GREAT ESCAPE restoration will be screened at the TCM Classic Film Festival in Los Angeles April 25-28 and the film will receive a limited theatrical re-release in cities across the globe, with additional initiatives coming throughout the year.

Based on a true story, THE GREAT ESCAPE is “a motion picture that entertains, captivates, thrills and stirs” (Variety). In 1943, the Germans opened a maximum security prison-of-war camp, designed to hold even the craftiest escape artists. By doing so, they unwittingly assembled the finest escape team in military history – brilliantly portrayed by Steve McQueen, James Garner, Charles Bronson, and James Coburn- who worked on what became the largest prison breakout ever attempted. The Blu-ray comes fully loaded with over three hours of special features including commentary with Director Sturges and crew, multiple making of featurettes, the original theatrical trailer and more.