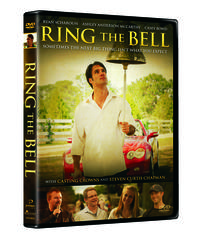 Provident Films (“Courageous,” “Fireproof” and “October Baby”) is a partner in the marketing and distribution of this family-friendly movie. “Ring The Bell” is the first in a slate of faith-based films to be produced by Beach Street Entertainment, the independent studio affiliated with Miller’s Beach Street Music.

“Like everyone I know, I love movies—especially when it’s a movie that my whole family can enjoy together and that’s the kind of movie we hope we’ve made with ‘Ring the Bell,'” shares Miller. “We wanted to tell a story that was funny and entertaining with faith in action at its center. The Gospel has always been shared through story, and my prayer is that ‘Ring the Bell’ shows the Good News played out in everyday life.”

“Ring The Bell” features a host of well-known Christian music artists, such as Steven Curtis Chapman, Matthew West, and Mark Hall along with his band Casting Crowns, all who play a role in this inspirational drama. Several former and current Major League Baseball all-stars are also featured in the film: ESPN analysts John Kruk and Rick Sutcliffe (a former Cy Young Award winner), along with Ben Zobrist.

For the first time ever, LifeWay Films is providing a way for churches to host a simulcast world movie premiere of “Ring The Bell.” This will begin April 3 and culminate April 7. To find out more, visit LifeWay.com/ringthebell.

Churches that are interested in showing the movie after the world premiere can obtain a church exhibition license. They are available for pre-purchase by visiting RingTheBellTheMovie.com/movieevents.

Outstanding reviews and recommendations are already in. The Dove Foundation, the organization that encourages and promotes wholesome family entertainment (Dove.org), has already given “Ring The Bell” its highest rating, 5 doves, while sharing that the movie is “Amazing…there’s nothing better than love, forgiveness and grace.” Additionally, Josh Kaplan, the Executive Producer of FOX TV’s Good Day LA, comments, “The message in ‘Ring the Bell’ is honest and powerful: Faith is its own miracle, and those who find that truly are blessed.”

“Ring The Bell” shares the story of a slick, big city sports agent Rob Decker who seems to have it all. But on his latest mission to sign a high school baseball superstar, Rob becomes stranded in a small town where the simplicity of life—and the faith of the people—stand in stark contrast to his own fast-paced, win-at-all-costs mindset. Torn between these two worlds, will Rob have the courage to let faith transform his life? This heartwarming story of redemption is sure to entertain and inspire the whole family.

Entertainment, has been one of the world’s leading Christian entertainment companies for more than three decades. Previous Provident Films are “October Baby” starring John Schneider and Jasmine Guy (2012), and “Courageous” from Sherwood Pictures, which opened as the No. 1 new movie on Sept. 30, 2011, and topped the US DVD chart in January 2012.

DVD Special Features:
The Heart of “Ring the Bell”
Casting Crowns “The Well” Music Video
On Set with Casting Crowns
Famous Faces
A Very Special Movie
Ringing the Bell
The Artists and Music of “Ring The Bell”