MALLETTE TELLS HER PERSONAL STORY AT SCREENINGS AROUND THE WORLD, TO BRING HOPE & HELP TO YOUNG WOMEN IN NEED 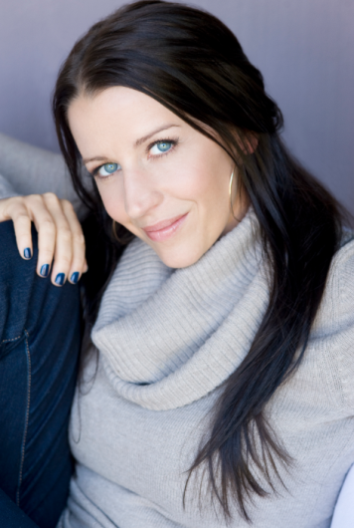 “My hope through this involvement is to encourage young women all over the world, just like me, to let them know that there is a place to go, people who will take care of you and a safe home to live in if you are pregnant and think you have nowhere else to turn,” says Mallette.

Mallette, also known as Justin Bieber’s mom, has been vocal about the trauma, abuse and addiction that marked her early childhood and adult years. In her debut memoir Nowhere But Up (Revell), she tells the amazing story of the help she received from a pregnancy center, when she found herself scared and unprepared as a young teenager, while pregnant with Justin.  The pregnancy center who cared for her gave her life skills, hope, help and love, which she says literally “saved their lives.”  Mallette will share her personal story at screenings worldwide, to help support the work of similar centers around the world.

Beginning February 28, Movie to Movement will launch the initiative to raise $10 million for pregnancy centers nationwide by hosting 1,000 screenings across the globe. Nearly 100 pregnancy centers have currently made the pledge to support the film opening weekend.  Key markets screening the film include Dallas, Texas, Los Angeles, Calif., St. Louis, Mo., Chicago, Ill., and Columbus, Ohio.   The film is also slated to be screened in Ireland and across Europe for thousands of attendees.

Based on a true story, Crescendo is set in the 18th century Holy Roman Empire where a series of events turn an ordinary day into an extraordinary experience for a woman whose life will never be the same. Written and directed by Alonso Alvarez, the film stars Ali Landry, Montserrat Espalde, Patrick Nuo, Jennifer Cadena and was shot entirely on the Universal Studios back lot. Crescendo has been globally heralded, winning numerous awards at recent film festivals. Accolades include the Crystal Heart award at the 2011 Heartland Film festival and top short film honors at the Hollywood Film Festival.

“Movie to Movement is an organization aimed at producing and sharing films that promote the beauty and dignity of the human person,” says President/Founder of Movie to Movement, Jason Jones. “We could not be more excited to share this film and its message with the world. Pattie Mallette’s courage to have her baby, Justin is an inspiration to so many worldwide and we are delighted to have her as a partner on this film.”

For additional information, to book a screening or participate, please go to www.movietomovement.com or www.cpcmovie.com.

Movie to Movement™ was created to promote a culture of Life, Love & Beauty. They do this through the production of their own films, as well as sharing others. Movie to Movement believes that film is today’s most influential medium and that they can change culture, but first they must change Hollywood. By supporting Movie to Movement™ promoted and produced films viewers are supporting good films and send a message to Hollywood that more need to be made. For more information on Movie to Movement please visit www.movietomovement.com.

Pattie Mallette, known to most of the world as Justin Bieber’s mom, released her debut memoir in September 2012, titled Nowhere But Up through Revell (a division of Baker Publishing Group). In collaboration with author A.J. Gregory, Mallette shares heartbreaking details about the trauma, abuse and addiction that marked her early childhood and adult years as she reflects on a desperate search for love and acceptance that led to teenage rebellion and a suicide attempt at seventeen. Through it all, she reveals the remarkable way that her life finally turned around when she found herself pregnant with Justin and facing an uncertain future as a single mom. As a young woman and a single mom, Mallette fought hard to rise above her painful past of abuse, shame, and poverty. She continues to reach out to young women and youth through speaking and through Twitter (@pattiemallette), where she now has nearly 2 million followers.