Gripping Two-Part Documentary Debuts on Blu-ray™ and DVD November 20, 2012 With Over an Hour of Bonus Footage and Interviews

Release Timed with Premiere Airing on PBS on November 18 & 19 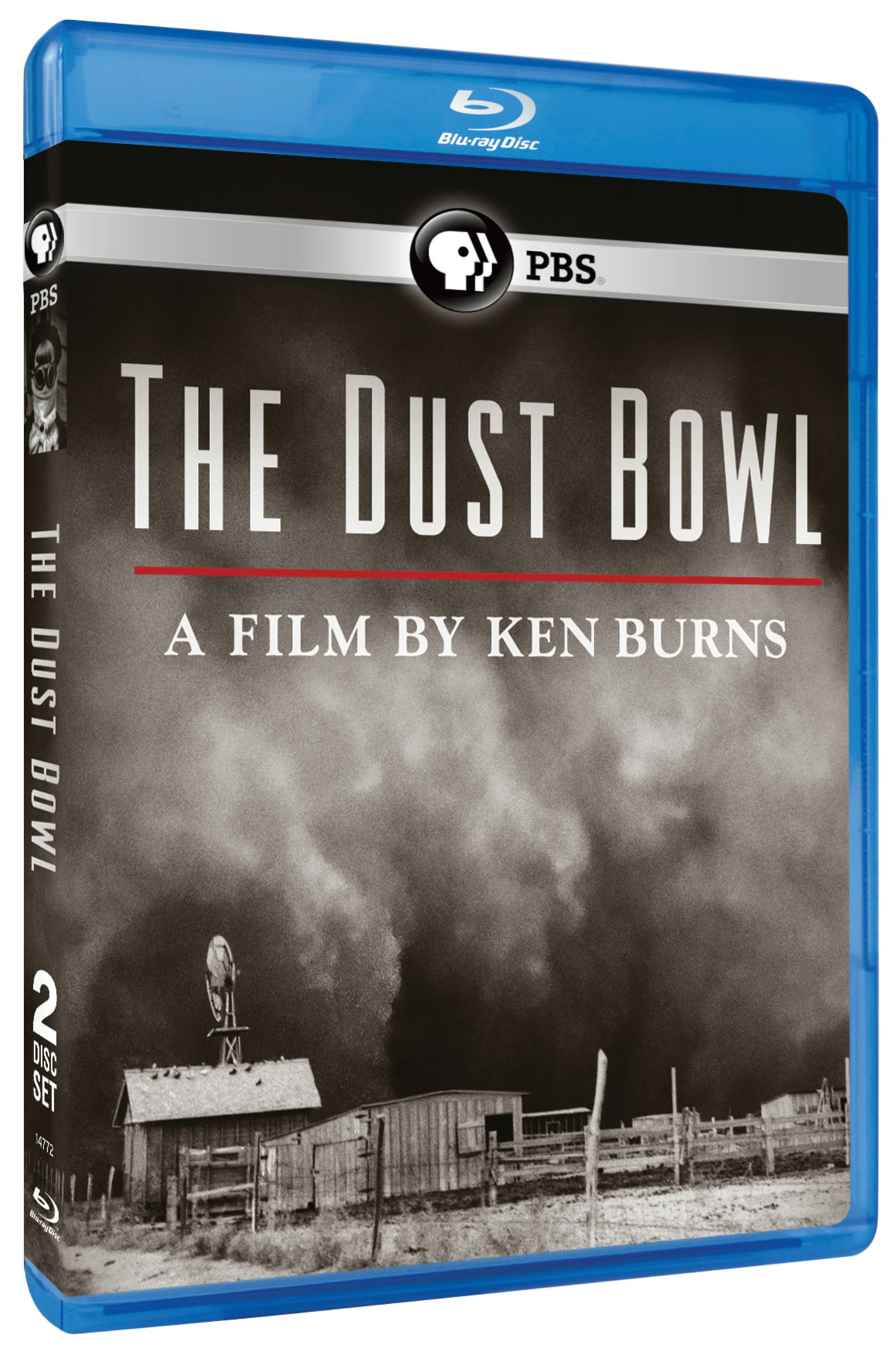 HOLLYWOOD, CA – Celebrated documentarian Ken Burns delivers an engrossing chronicle of America’s greatest environmental catastrophe with THE DUST BOWL, arriving on Blu-ray and DVD November 20, 2012 from PBS Distribution and Paramount Home Media Distribution. The two-part, four-hour documentary offers a dramatic depiction of how human blindness to the balance of nature destroyed the farmlands of the Great Plains throughout the 1930s as prairies were turned into deserts and massive deadly dust storms took the lives and hopes of many Americans.  Yet amidst the heartbreaking tragedy, there are also tales of heroic perseverance as families found ways to survive and government agencies and farmers worked together to develop new farming and conservation methods.

Filled with seldom-seen movie footage, unpublished photographs, the songs of Woody Guthrie and the observations of two remarkable women who left behind eloquent written accounts, the film explores this critical time in American history in all its complexities.  The fascinating documentary also features compelling interviews with 26 survivors of those hard times and may well be the last recorded testimony of the generation that lived through the Dust Bowl.

“The Dust Bowl was a heartbreaking tragedy in the enormous scale of human suffering it caused. But perhaps the biggest tragedy is that it was preventable,” said Burns. “This was an ecosystem—a grassland—that had evolved over millions of years to adjust to the droughts, high winds and violent weather extremes so common to that part of the country. In the space of a few decades at the start of the 20th century, that grassland was uprooted in the middle of a frenzied wheat boom.  When a drought returned, all that exposed soil took to the skies, and people worried that the breadbasket of the nation would become the next Sahara desert. If we show the same neglect to the limits of nature now as we did then, it is entirely possible that this could happen again.”

THE DUST BOWL is narrated by Peter Coyote and features voiceovers by Carolyn McCormack, Patricia Clarkson, Kevin Conway, and Amy Madigan.  The Blu-ray and DVD both feature over an hour of bonus material, including more eyewitness interviews, additional stories, revealing footage and a look at the legacy of the Dust Bowl.

Ø  Part 1—The Great Plow Up

Ø  A Land of Haze

Ø  Grab a Root and Growl

The Dust Bowl: An Illustrated History, written by Dayton Duncan with a preface by
Ken Burns, will accompany the film. The book, which will be published by
Chronicle Books, will be on sale in October.

PBS Distribution furthers PBS’s mission of lifelong learning by expanding the availability of PBS’s top-quality programs.  PBS is a private, nonprofit media enterprise that serves nearly 360 public noncommercial television stations in America, reaching nearly 123 million people each week through television and more than 21 million people online. Bringing diverse viewpoints to television and the Internet, PBS provides high-quality documentary and dramatic entertainment, and consistently dominates the most prestigious award competitions. PBS is a leading provider of educational materials for pre-K-12 teachers, and offers a broad array of educational services for adult learners. PBS’ premier kids’ TV programming and Web site, PBS KIDS Online (pbskids.org), continue to be one of parents’ and teachers’ most trusted learning environments for children. More information about PBS is available at pbs.org, one of the most visited dot-org Web sites on the Internet. PBS is headquartered in Arlington, Virginia.