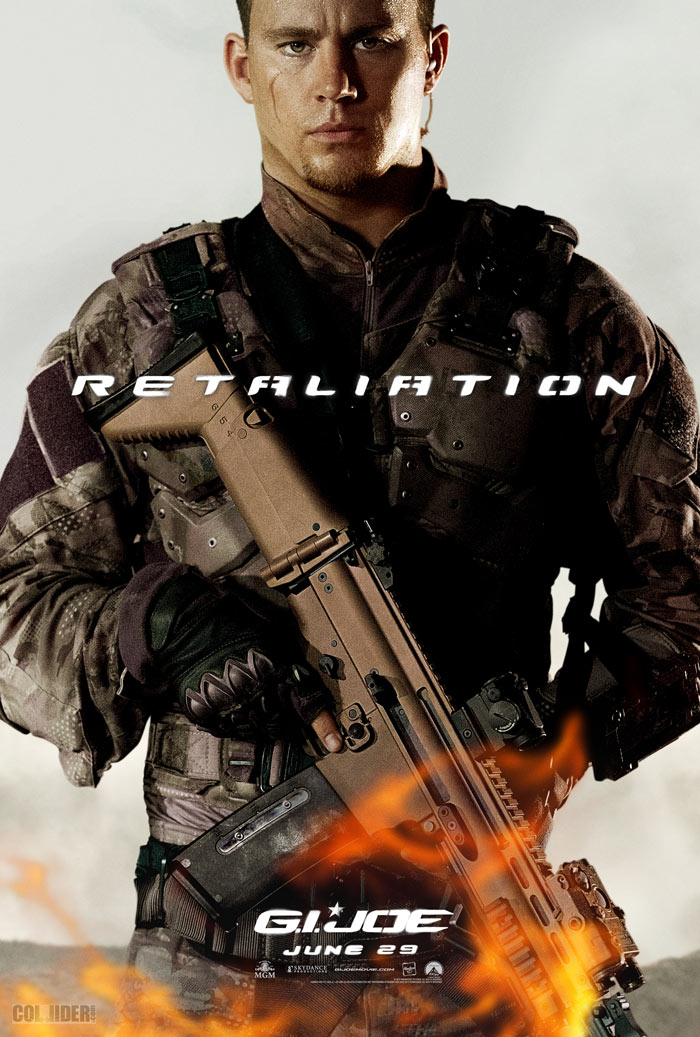 With just a few days over a month until it’s original June 29th, 2012 release date, Paramount Pictures and Hasbro Entertainment have decided to postpone the release of G.I. Joe: Retaliation (aka “G.I. Joe 2”) until March 29, 2013.

This move is a bit baffling, because after millions of dollars were spent in advertising and promoting its June 2012 release (from Superbowl ads to product endorsements and a featured toy line due out this summer), they are delaying its release a whopping nine months. This isn’t an entirely rare occurrence for movies to be delayed after promotions begin, however. In 2001, trailers were released to promote the Jim Caviezel/Guy Pearce starrer The Count of Monte Cristo, but the film was delayed from mid/late 2001 to early 2002, apparently due to reshoots. The same can be said for the Shanghai Noon sequel, Shanghai Knights. Still, neither film was as major of a release — or as big a franchise property — as G.I. Joe.

When watching the trailers for G.I. Joe: Retaliation, it’s pretty obvious that Channing Tatum, who plays the character Duke–who was the lead in 2009’s G.I. Joe: Rise of Cobra–disappears mysteriously from the film after a group of Joes are killed by Cobra. It didn’t take a rocket scientist to realize that Tatum’s Duke was going to be killed off either. Still, word has it that the delay for G.I. Joe: Retaliation is due to poor test screenings where moviegoers were upset that Tatum dies in the film.

As a fan of the original cartoon series and toy line as a child myself, I was disappointed with Tatum’s casting as Duke in the first film. He’s rather wooden and not very charismatic, so to pick him to be as a strong leader as Duke was portrayed in the original series, really doesn’t quite fit. Realizing he wasn’t going to be the focus of Retaliation — and instead, a secondary character like Roadblock would be — didn’t disappoint me in the least. In fact, I had high hopes.

Whether or not G.I. Joe: Retaliation will be a stronger film after the apparent reshoots to add more of Tatum into the film will remain to be seen. It’s a huge risk on Paramount’s part financially (and SO close to its release date?), that one must wonder what the original version of the film would have been like. Perhaps, if we’re lucky, the original cut will be released exclusively on DVD/BD late next year sometime as a bonus feature. Until then, Joe fans will have to wait almost another year to see if director John Chu can do any better than Stephen Sommers at bringing this franchise to life on the big screen.