You’re reading that correctly! The popular, long dreamed-of prop from Back To The Future II and III is finally being put into production. Of course it’s just a prop replica — which apparently will have *some* hovering capabilities — but the fact that Mattel will actually be making the item is pretty incredible. Check out their announcement below from MattyCollector.com: 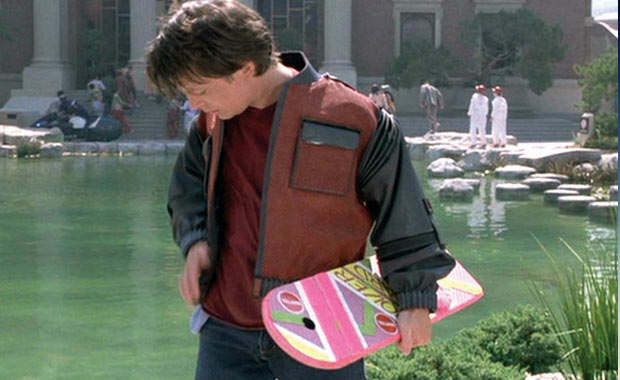 Back to the Future Hover Board
Finally! This totally awesome 1:1 replica of the hover board from the BTTF 2 and BTTF 3 films includes multiple whooshing sounds and will glide over most surfaces (does not actually “hover” – check back in 2015 for that feature). We’ll be taking orders for it March 1 – March 20, 2012, and the final product will be shipped around November/December 2012. Because this is such a high-cost item, there will be a minimum number of orders required to go into production. If we don’t receive the minimum orders, won’t go into production and customers will not be charged. The price will be announced later this month. (Note: Hover board does not work on water.)

Hopefully this doesn’t mean these would cost and arm & a leg, so to speak…  Gizmodo.com also posted on this story and included this great photo below from ToyArk.com… 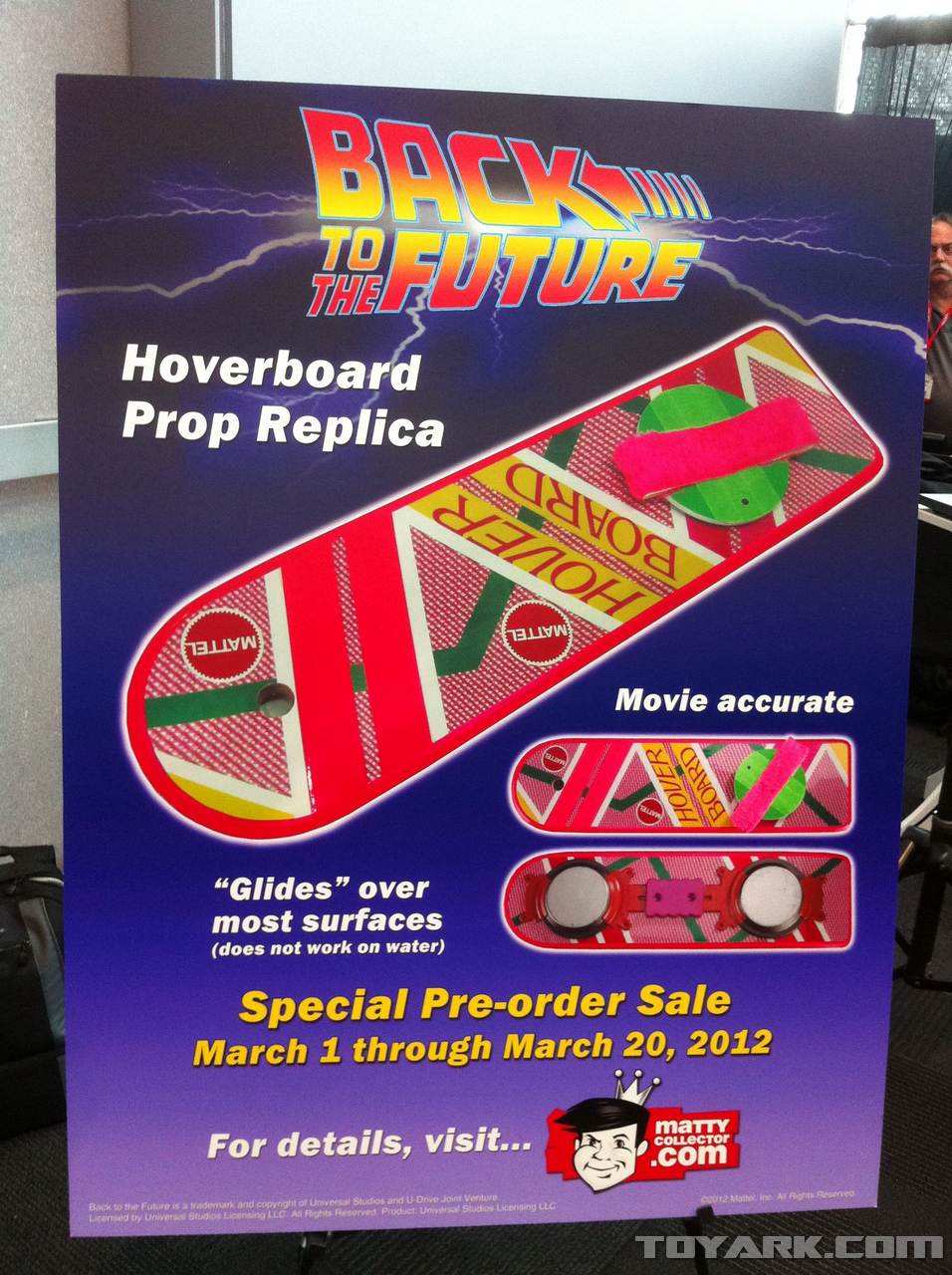 One thought on “Back To The Future Hoverboards to Become a Reality!”