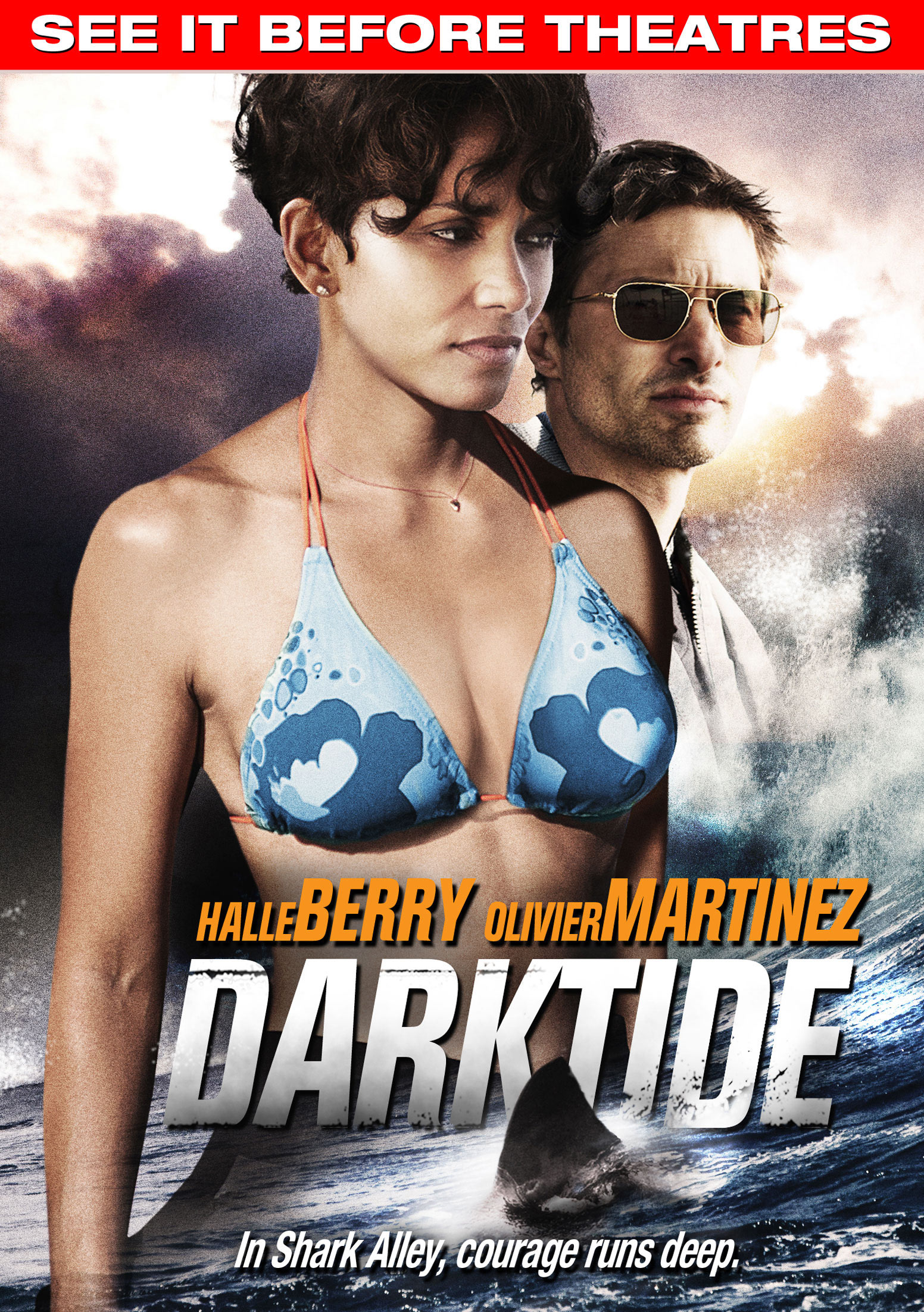 “The star power that Halle Berry brings to DARK TIDE paired with a genre that hits VOD audiences make it a perfect addition to our Ultra VOD strategy.” said Jim Packer, Lionsgate President of Worldwide Television and Digital Distribution.

Noted Chris Ball, President and CEO of Wrekin Hill Entertainment: “We are thrilled to be working with our partners at Lionsgate to attack the U.S. with this terrifying suspense thriller.  Our multiplatform release assures that audiences across the country will have the opportunity to be bitten by DARK TIDE.”

Director John Stockwell (BLUE CRUSH, INTO THE BLUE) returns to the ocean with the thrilling feature DARK TIDE starring Academy Award® winner Berry and award-winning actor Martinez in their first on-screen roles together.  The film, written by Amy Sorlie and Ronnie Christensen and based on a story by Sorlie, was produced by Jeanette Buerling and Matthew Chausse.

Kate (Berry) is a shark expert whose business has been failing since a shark attack killed a fellow diver under her command. Once dubbed “the shark whisperer,” Kate is haunted by the memory of the attack and unable to get back into the water. With bills piling up and the bank about to foreclose on Kate’s boat, Kate’s old flame Jeff (Martinez) presents her with a lucrative opportunity: lead a thrill-seeking millionaire businessman on a dangerous shark dive…outside the cage. Battling her self-doubts and fear, Kate accepts the proposal — and sets a course for the world’s deadliest feeding ground: Shark Alley.

The deal for DARK TIDE was negotiated by Ball and Rene Cogan for Wrekin Hill and Brandt Andersen on behalf of Row 1 Productions, with Stuart Ford and Jonathan Deckter of IM Global on behalf of the filmmakers.

ABOUT LIONSGATE
Lionsgate is a leading global entertainment company with a strong and diversified presence in motion picture production and distribution, television programming and syndication, home entertainment, family entertainment, digital distribution and new channel platforms. The Company has built a strong television presence in production of prime time cable and broadcast network series, distribution and syndication of programming through Debmar-Mercury and an array of channel assets. Lionsgate currently has 15 shows on more than 10 networks spanning its prime time production, distribution and syndication businesses, including such critically-acclaimed hits as “Mad Men,” “Weeds” and “Nurse Jackie” along with the comedy “Blue Mountain State,” the Golden Globe winning drama “Boss” and the syndication successes “Tyler Perry’s House Of Payne,” its spinoff “Meet The Browns,” “The Wendy Williams Show” and “Are We There Yet?”.

Its feature film business has been fueled by such recent successes as THE LINCOLN LAWYER, TYLER PERRY’S MADEA’S BIG HAPPY FAMILY, MARGIN CALL, THE EXPENDABLES, THE LAST EXORCISM, TYLER PERRY’S WHY DID I GET MARRIED TOO?, KICK ASS and the critically-acclaimed PRECIOUS, which won two Academy Awards®. The Company’s home entertainment business has grown to more than 7% market share and is an industry leader in box office-to-DVD and box office-to-VOD revenue conversion rate. Lionsgate handles a prestigious and prolific library of approximately 13,000 motion picture and television titles that is an important source of recurring revenue and serves as the foundation for the growth of the Company’s core businesses. The Lionsgate brand remains synonymous with original, daring, quality entertainment in markets around the world.
About Wrekin Hill Entertainment

WREKIN HILL ENTERTAINMENT is a Los Angeles-based production and distribution company, founded by the former Newmarket Films team of Chris Ball and Rene Cogan. Ball and Cogan built a reputation at Newmarket for producing and distributing such indie classics as MEMENTO, DONNIE DARKO, WHALE RIDER, MONSTER, and THE PASSION OF THE CHRIST.  Wrekin Hill has a multi-year US home entertainment distribution deal with Lionsgate, and a three-year multi-platform output deal with Canadian distributor eOne. The company aims to distribute four to five quality theatrical releases each year, in addition to its ancillary driven output, with a focus on the same kind of director-driven specialty films on which the team has built its reputation. During 2011, Wrekin Hill has theatrically released such films as Peter Weir’s THE WAY BACK, and Spencer Susser’s HESHER starring Joseph Gordon Levitt and Natalie Portman.  In early 2012, the company will release award-winning Chinese director Zhang Yimou’s (House of Flying Daggers, Hero) and producer Zhang Weiping’s THE FLOWERS OF WAR starring Academy Award® winning actor Christian Bale.  The film, which has been nominated for a Golden Globe for Best Foreign Language Film, also had a highly successful one-week awards qualifying run in late 2011. Other 2012 releases include Academy Award®-nominated Morgan Spurlock’s fanboy documentary COMIC-CON EPISODE IV – A FAN’S HOPE; and Ben Palmer’s UK box office phenomenon THE INBETWEENERS, based on the award-winning British TV series of the same name.