Born to be Heroes. Trained to be Warriors. Destined to fight evil… 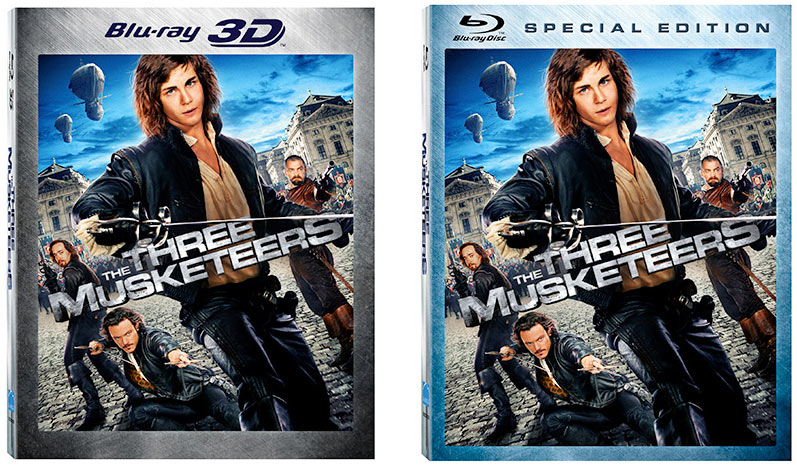 With powerful special effects and explosive visuals, The Three Musketeers comes to life onscreen as Athos (Matthew Macfadyen), Porthos (Ray Stevenson) and Aramis (Luke Evans), along with aspiring warrior, D’Artagnan (Lerman), embark on a dangerous and legendary mission across Europe to save both their King and country – “all for one and one for all.”

The 3D Blu-ray, Blu-ray and DVD contain special features that include audio commentary with the director, deleted and extended scenes, cast and crew stories and a special 17th century action featurette.  Exclusive to the Blu-ray editions, Access: Three Musketeers allows viewers to explore and enjoy insider information with behind-the-scenes trivia and interviews as they watch the film.

Exclusive to Blu-ray and 3D Blu-ray:

Summit Entertainment, a LIONSGATE® company, is a worldwide theatrical motion picture development, financing, production and distribution studio.  The company handles all aspects of marketing and distribution for both its own internally developed motion pictures as well as acquired pictures.  Summit also represents international sales for both its own slate and third party product.