Just in Time for Valentine’s Day, Beloved Classic Arrives on Blu-ray February 7, 2012 Featuring a Retrospective Look Back at the Film, Commentary and More 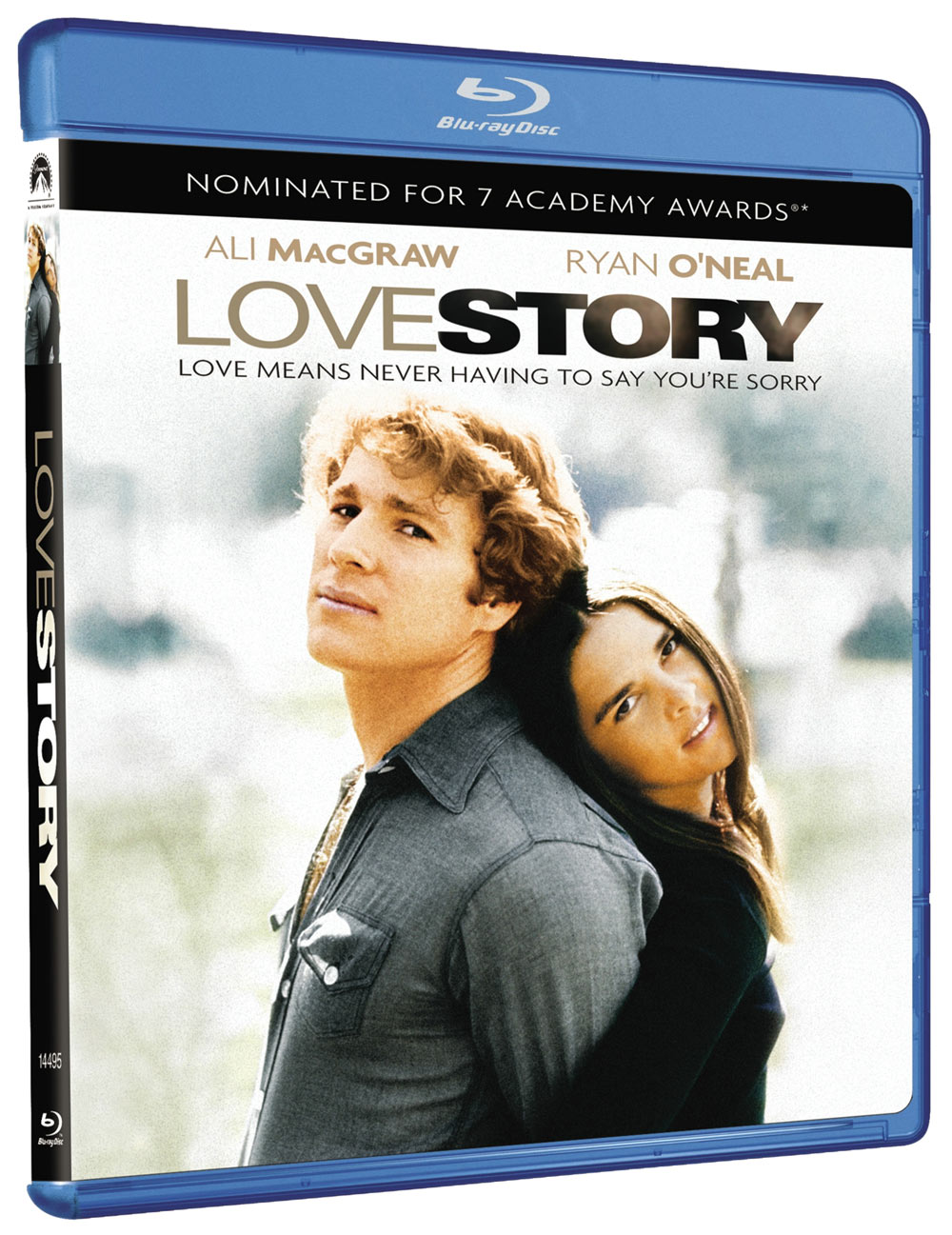 HOLLYWOOD, CALIF. – Love means never having to say you’re sorry…
the heartfelt tale of a love of a lifetime, LOVE STORY makes its Blu-ray debut on February 7, 2012.  One of the most romantic films ever made—and one of the most enduringly popular—LOVE STORY follows two young lovers who cross social barriers for the sake of being together and ultimately face the greatest crisis of all.  The film became Paramount’s most successful film to date when it was released in 1970 and made Ryan O’Neal and Ali MacGraw stars overnight.  LOVE STORY received seven Academy Award® nominations, including Best Picture, Best Director, Best Actor and Best Actress, and won for Francis Lai’s magnificent musical score.  It was also chosen as #9 on the AFI’s list of the 100 greatest love stories of all time.