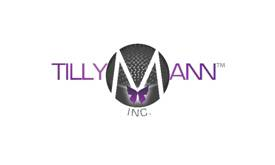 NASHVILLE, Tenn., (October 27, 2011) – TAMELA MANN joins the all-star lineup of SPARKLE, which is a remake of the 1976 film. SPARKLE tells the story of a young musical prodigy from a Harlem gospel choir, who is pushed into the limelight and struggles to become a star. The title character, Sparkle (Jordin Sparks) is the youngest of three sisters in the 1950’s girl group who faces issues that are tearing apart their family in her road to stardom.

“I’m honored and excited to work with an incredible group of people,” said Mann. “It’s a touching story, and I’m happy to be a part of this film.”

Tamela Mann is an accomplished NAACP Image Award nominated actress, singer, songwriter, producer, and businesswoman. Starring as “Cora Simmons,” the loving and churchgoing “but woe to those who cross me” daughter of beloved Deacon Leroy Brown and the iconic Madea Simmons on the hit TBS comedy Tyler Perry’s Meet The Browns, Tamela makes millions laugh every week while she enjoys a unique personal double blessing. Continuing the role she originated in Perry’s 2004 play and 2008 film of the same name, the sassy, high spirited multi-talented singer and actress is able to work on set every day with David Mann, her husband who plays Leroy. Tamela’s highly successful, Dove Award winning CD “The Master Plan” remained at the top of the Gospel sales chart for almost a year, and in 2010, Tamela released “The Master Plan Deluxe Edition” which contained not only all the songs from the best-seller, but David’s CD, “Mr. Brown’s Good Ol’ Time Church,” and a full bonus DVD of behind the scenes footage, music videos and an episode of their new cooking and lifestyle show, “Hanging With The Manns.”