Johnny Depp is Back as Captain Jack Sparrow in

PIRATES OF THE CARIBBEAN:

Grossing Over $1 Billion at the Worldwide Box Office, One of the Biggest Films of All Time Sails Home on Disney Blu-rayTM Combo Pack and Blu-ray 3DTM on October 18th 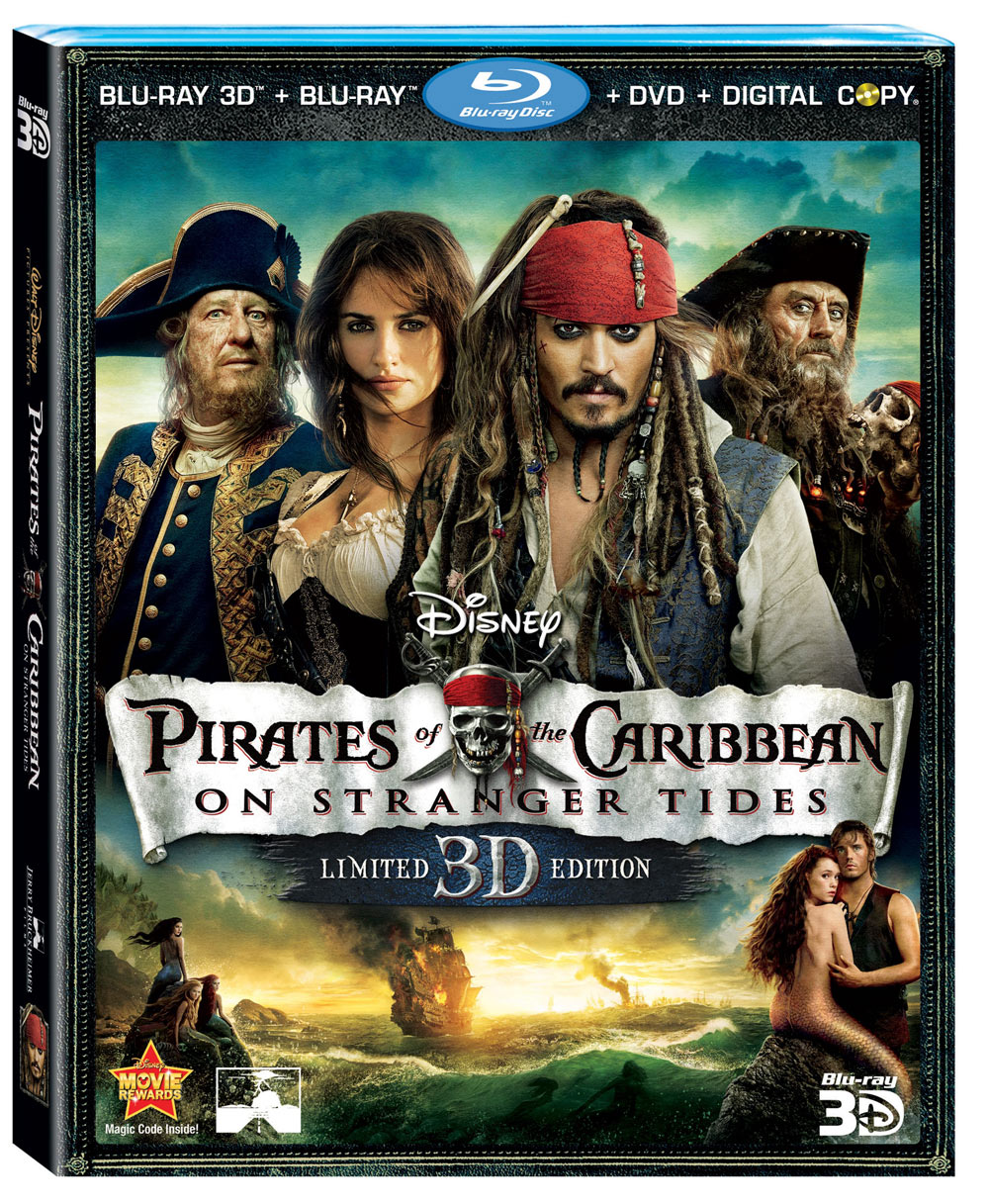 The Walt Disney Studios and Jerry Bruckheimer Films are proud to present the #1 worldwide box office success of 2011 – making over $1 billion globally – Pirates of the Caribbean: On Stranger Tides, in stunning high definition Blu-rayTM, eye popping Blu-ray 3DTM (a first for the legendary franchise) and Movie Download on October 18, 2011.

The visually stunning film shot in high-definition 3D invites viewers to embark on an adventure-filled ride with Captain Jack Sparrow as he searches for the breathtaking Fountain of Youth. Along the turbulent trip, fans are forced to re-think their knowledge of fairytale creatures when they are introduced to a group of alluring yet precarious mermaids, traverse isolated islands and fight international enemies.

All of the above features plus

Legends of On Stranger Tides

In Search of the Fountain

Under the Scene: Bringing Mermaids to Life

Deleted and Extended Scenes with Intros by director Rob Marshall

Pirates of the Caribbean: The Curse of the Black Pearl (2-Disc Blu-ray+1-Disc Digital Copy )

From Disney and producer Jerry Bruckheimer comes all the fun, epic adventure and humor that ignited the original. Johnny Depp returns as Captain Jack Sparrow in Pirates Of The Caribbean: On Stranger Tides. A tale of truth, betrayal, youth, demise — and mermaids! When Jack crosses paths with a woman from his past (Penélope Cruz), he’s not sure if it’s love or if she’s a ruthless con artist using him to find the fabled Fountain of Youth. Forced aboard the ship of the most feared pirate ever, Jack doesn’t know who to fear more —Blackbeard (Ian McShane) or the woman from his past. Directed by Rob Marshall, it’s filled with eye-popping battle scenes, mystery and all-out wit.

For those who would like to stay connected with the world of Pirates are encouraged to: