“The crown jewels of the musical-variety show”

SHOWCASING THE BIRTH OF A LEGEND, THE LONG LOST EPISODES FROM THE FIRST FIVE SEASONS OF THE CAROL BURNETT SHOW ARE COMING TO DVD FOR THE FIRST TIME IN TWO COLLECTIBLE CONFIGURATIONS, LADEN WITH EXTRAS

Not Seen for Over 40 Years, These Two Singular Collections Feature the Best Original Broadcast Episodes from the Legendary Variety Show, Hand-Picked by Carol Herself!

The ULTIMATE COLLECTION ($200) Features 22 Discs (45 Episodes), a Collectible Guest Book and Over 20 Hours of Extras Including a Backstage Tour of CBS Studio 33, Never-Before-Seen Bloopers and Outtakes, and Exclusive Interviews with Alan Alda, Julie Andrews, Tony Bennett, Steve Carell, Tina Fey and Burt Reynolds, Rare TV Specials and More. The Exclusive VIP EDITION ($400) is Personalized by Carol Herself and Comes with a Certificate of Authenticity

FAIRFAX, VA (July 15, 2015) – This summer, Time Life will unearth rare treasures from the Golden Age of TV not seen in more than 40 years with THE CAROL BURNETT SHOW: THE LOST EPISODES. Showcasing the early days of one of the most honored and beloved shows in television history, Time Life will initially release long lost episodes from the first five seasons of The Carol Burnett Show in two singular configurations. THE LOST EPISODES ULTIMATE COLLECTION, priced at $200, will include 22 DVDs, over 20 hours of specially-created bonus programming, a collectible guest book and more, housed in a deluxe collector’s box. For Carol’s biggest fans, THE VIP EDITION (priced at $400), will feature everything in the ULTIMATE COLLECTION, plus Carol will hand-sign a personalized greeting on the cover of the guest book. Each VIP EDITION will be numbered and arrive with a Certificate of Authenticity. Available exclusively online, both configurations are available to pre-order now at LostCarolEpisodes.com.

THE CAROL BURNETT SHOW: THE LOST EPISODES features original broadcast episodes from Seasons 1-5 (1967-1972), hand-picked by Carol herself. And across 45 magical episodes – true treasures from the vault, not seen since their original airing more than forty years ago – consumers will see the very first steps of a TV icon, the magic of Carol’s cast coming together, and an incredible array of guest stars including Carol’s hero, Lucille Ball, along with Eddie Albert, Bing Crosby, Phyllis Diller, Bob Newhart, Don Rickles, Chita Rivera, Joan Rivers, Mel Torme, Nancy Wilson, Jonathan Winters and many, many more.

Certain to thrill fans of both the series and classic television alike, the award-winning TV DVD archivists at Time Life have also created over 20 hours of bonus programming that enhance an already spectacular set. Included are:

Seven featurettes, including: “On the Spot: Carol’s Q&A,” “Fabulous Firsts,” “The Making of a Mackie,” “The Golden Age of the Variety Show,” “Messages to Carol” “Expecting the Unexpected” and “The Song and Dance”

All housed in a deluxe collector’s box, the sets also feature a glossy 40-page collectible Guest Book, that contains autographs from guests, fans and friends, archival production photos and notes from Carol. 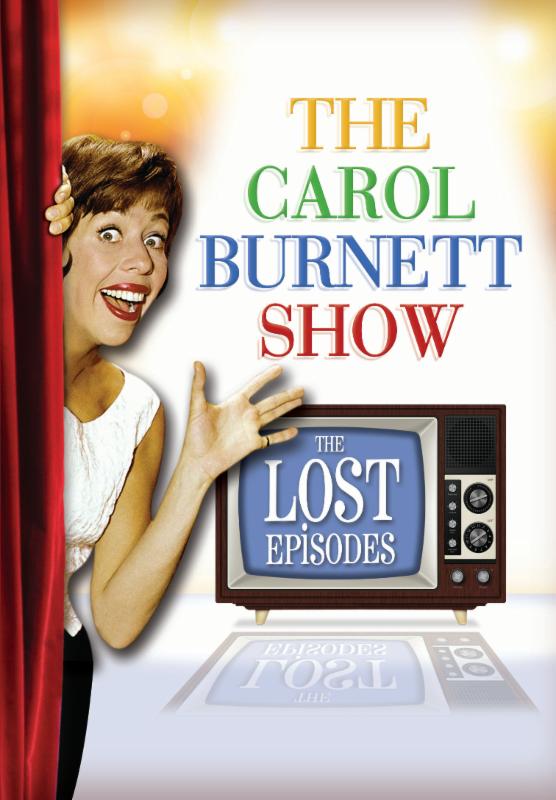